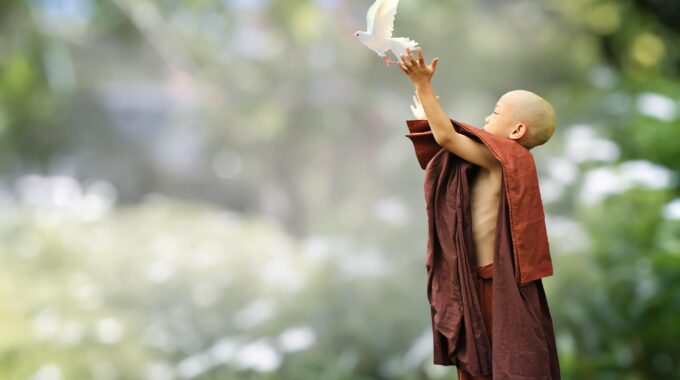 Self-forgiveness is the personality virtue that allows one to deal with self-condemnation and self-blame for past mistakes and failures. It functions as a safety net, absorbing the impact of negative self-judgment and harsh critique for failed efforts, transgressions, and mistakes. “Self-forgiveness is directly related to well-being and serves as a shield against several disorders, such as depression, anxiety, and post-traumatic stress disorder.”

What was your greatest failure or disappointment? What was the worst or most embarrassing thing you’ve done to yourself or someone else? What do you beat yourself up over?

If you do not allow yourself to forgive yourself, you may inflict a devastating blow to your self-image and self-confidence, making you doubt yourself, your abilities, and your worth. These factors make self-forgiveness an essential personality strength, and without it, self-confidence is impossible.

Imagine being a parent of a ten-year-old and feeling disappointed or disgusted by their unacceptable behavior. Could you imagine chastizing the child by saying, “you idiot, I’m ashamed of you and wish you were never born!” and reminding them of the same and all subsequent mistakes year over year?

Without self-forgiveness, we do the same thing to ourselves. We simultaneously become the parent and the ten-year-old, administering severe punishment and self-inflicted wounds for past actions, inactions, or reactions you wish you could forever delete.

Maybe you dropped the ball while playing a sport, causing the team to lose an important game, or allowed yourself to be influenced by the wrong people. Maybe you were too critical and forceful with your children or caused your marriage or career to fail. Perhaps you allowed someone to steal your dream or are disappointed in your current status in life. Maybe someone’s cruel words or negativity planted the seeds of doubt in you, so you stopped believing in yourself. The reasons for regret are countless.

A famous quote reads, “a house divided against itself cannot stand.” You cannot demonize or oppose the other half of you that fell short and expect to have self-confidence. The part of you taking the blame and negative self-criticism is worthy of love and forgiveness. It would help if you did not ignore the ostracized you because it has many qualities and resources that can help support your goals and dreams. Instead, forgive them, befriend them, accept them and welcome them. All the parts of you must work together to achieve a collective goal. This is synergy; you cannot reach your full potential without this part of you. You need them! The ostracized part of you is not your enemy. It is simply the ten-year-old who has so much to offer and is worthy of forgiveness, validation, and inclusion in the bigger vision. Self-forgiveness makes this possible, and this builds self-confidence. The saying goes, “don’t throw the baby out with the bathwater .”You need the baby!

Stay tuned for an upcoming announcement if you want to learn how to develop self-forgiveness to increase self-confidence.

Rise To the Occasion

The Awesome Power of Self-Confidence

The Awesome Power of Self-Confidence ﻿What is self-confidence, and what could you do with more…